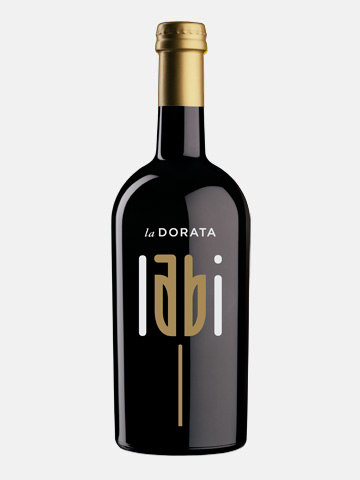 The colour is golden yellow; the foam is rich and almost white creamy.

The scent is captured by the notes of yellow fruit together with resinous touches. A perfect balance between Teutonic malt and the flavours given by the particular yeast used. A slightly spicy taste and a defined end make it unique.

Don’t let the structured body and vitality scare you: it will seduce you with soft and flavoured touches.

The strength of this beer is its character!

Prepare a quick dessert using a base of sponge cake sprinkled with LABI La DORATA beer. Alternate layers of whipping cream and peaches in syrup. Decorate the last layer with some dark chocolate shavings.

Character calls character! If you want to uncap this shining golden beer in Tripel style, pair it with flavoured and remarkable first courses or slightly sweet preparations to contrast the bitter final. In the menus, first courses based on white meat sauce, seafood or preparations based on pumpkin; high seasoned hard cheese, and baked gratin shellfish. The success is assured also with meat: from barbeques to roasts, passing by meat loafs and landing on lamb for a fight between two titans of flavour.

Croutons with dandelions and eggs

An alternative and quick starter, but with right character to deal with a soft beer, but charismatic. To start a meal with taste, character and… The unique LABI style.

Wash and clean the dandelions. Parboil in salty water for five minutes and stir-fry with a drizzle of oil and a clove of garlic. As soon as they’re ready, take out the garlic, break two eggs and scramble altogether. In a baking tin put the sliced loaf of bread and bake in oven for 10 minutes. Remove the baking tin from the oven, add mozzarella and ultimate the baking for another 5 minutes. Make the croutons with dandelions and eggs. Serve and uncap LABI la DORATA!